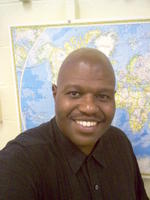 Posted by Rayfield A. Waller at 3:07 PM 4 comments: Links to this post

God Help Us All

I recently got an e-mail message from my beloved ex girlfriend, Perri writing from Miami ('beloved' because unlike most men I am willing to admit that our ex-girlfriends usually deserved better than we could give them when they were with us, and because I'm damned glad Perri is willing to still be my friend). She was writing about the latest episode in the soap opera of cultural malice that is deforming American public life. I had heard about it already: that one of the icons of American feminist discourse, Erica Jong, had been treated like shite [kacke] by graduating seniors at the College of Staten Island during her address to them at their graduation ceremony.

To add insult to injury, there had been a particularly ungallant commentary written about the incident by Michelle Maskaly, a columnist for the epiphenomenal (you know, mental events are totally unconnected to material reality, and such?) newspaper, Staten Island Advance. Perri’s disgust over this sturm und drang was a notch higher than mine inasmuch as she had been moved to send an e-mail message to Maskaly. Maskaly’s column had read:

CSI graduation: Pomp and circumstance, boos and hisses
Author Erica Jong alienates some with the tone, length of her commencement speech


Best-selling author Erica Jong was booed and told to "Shut up!" and "Go Home!" during her 40-minute speech yesterday at the College of Staten Island's commencement exercises.

As Ms. Jong, best known for her 1973 novel "Fear of Flying," talked about everything from truth in advertising to truth in politics and the shallowness of public relations -- but said precious little about graduation -- some of the thousands in attendance on the great lawn at the college's Willowbrook campus stood up and began to object loudly. A little less than halfway through her speech, some graduates began tossing around an inflatable beach volleyball. Some even got up from their chairs, just yards from her podium, to go chat with friends and family who were seated behind them. Ms. Jong, however, was unfazed.

She continued to speak as though everyone were listening attentively. "I'm a writer," said the author of eight novels. "I spend days and nights playing with words, trying to make sense of them. Telling the truth has never been easy. It's gotten harder." She complained that getting to the truth is tougher than ever because "words have been corrupted."

"Advertisers, politicians, celebrities, they all think they have a good reason to tell us the opposite of what they mean," Ms. Jong said. "They advertise products like Viagra that could blind you or hormone pills that could cause breast cancer. "Politicians speak the opposite of what they mean. They say clear skies when they mean pollution. They say collateral damage when they mean killing civilians." The public, said Ms. Jong, "writes off many lies as PR (public relations)" and has stopped expecting the truth. "Tom Cruise and Katie Holmes pledging their love to Oprah when they really mean PR," Ms. Jong said. "Do we really need wellness when we have health? News is what they don't issue in press releases."

Ms. Jong's remarks were met with some vehement disapproval. "She gave a political speech when she was supposed to be doing a pep talk," said the father of a CSI graduate who declined to give his name. "Some graduates wanted to throw stuff at her. Whoever heard of a commencement speaker talking about body bags?" Dorothy, a 48-year-old mother of a CSI graduate, categorized Ms. Jong's speech as "all-around bashing. "It was disgusting, despicable," said the Fort Wadsworth woman, who would not give her surname.

"She called politicians liars, called us all liars. She trashed America. Mostly, she just wanted to talk. It was personal spewing. There was nothing about graduation." In a statement issued through a spokesman yesterday afternoon, Dr. Marlene Springer, president of CSI, said: "We are delighted to have had such a noted author at our commencement. Her message, that we need to look closely at words and (that) their power is important, I'm sure our audience understands."

Ms. Jong taught literature and freshman English as a professor at the City University of New York in the 1960s. Her son-in-law, Matthew Greenfield, is a tenured English professor at CSI. In a press advisory about graduation issued by the college May 31, Ms. Springer lauded Ms. Jong for caring "deeply about her commitments." "Her presence is sure to be compelling, provocative and motivational," she said in the advisory. Ms. Jong encouraged the graduates to take what they have learned in the classroom and apply it to the world around them, and not to take words at face value. "Whoever controls the words is framing the debate," Ms. Jong said.

"You will be able to be framers of the debate rather than the people sitting there and listening to the conversation. Listen to what is said and question authority. I want you graduates to get mad when you're deliberately lied to."

Whew. So goes the progress of a once-democratic society through the guts of a beggar, to paraphrase Hamlet, but here now is Perri’s message to the sagacious Ms. Maskaly:

Dear Ms. Maskaly, I'm sorry to say that I found your article about Erica Jong's graduation address at CIS to be reductive and biased.

You don't seem to have made any attempt to try to understand what her speech was about or its importance for the new graduates who are poised to enter their chosen professions. I don't say that you have to agree with Ms. Jong -- but simply that your article does little more than replicate some of the hostility which some members of the audience showed to this esteemed author and intellectual. Perhaps intellectual is the key word here. If the audience was anti-intellectual, that doesn't mean that you should be as well.

Your article would have done more justice to Ms. Jong and to the event of her speaking, hostile as it was, if you had at least tried to show some of the stakes of the talk and its reception. Otherwise you run the risk of sounding just as reactionary and small-minded as the disruptive graduates -- and, apparently, their parents as well -- at the ceremony. Small-mindedness and anti-intellectual reduction are not befitting of a journalist, don't you think? I'm sure that was one of the points of Ms. Jong's speech.

You might have learned something from her, had you made the effort to pay attention.

Bravo for Perri, though it does not appear that the Staten Island Advance has published her response to Maskaly, and though I fear public culture will only get worse in America. Women, Blacks, Latinos, Gays, Lesbians, and mein Gott, even the differently abled (physically challenged) are being demonized now by phalanxes of beer spouting, belly button brandishing Bush Kinder who want to party, not think about pesky little historical details such as the efficacy of the feminsit movement, the question of the validity of the Iraq occupation/genocide, or the public debate over political ethics or lack of same in our barely elected politicians.

And so, how de rigeur it is now to be stupid, bestial, gauche, and ignorant, and to be arrogant and self satisfied about what a pig one is.

The most disturbing thing I myself had already read in news reports about this incident, in which some of these so-called 'students' (walking beer mugs is more appropriate a description than 'students' for some of the present day anti-intellectual children on American college campuses--I ought to know, a few of them turn up in my classes--I'm a professor of English) started tossing a beach ball around as Jong was speaking, was that one oafish parent saying, "She gave a political speech when she was supposed to be doing a pep talk…Some graduates wanted to throw stuff at her. Whoever heard of a commencement speaker talking about body bags?"

"A pep talk"? That's what a commencement speaker ought to be now--a halftime cheerleader, a pep-talker? What's more disturbing about this oaf's statement? The fact that he's so stupid he doesn't know that during the Vietnam era there were thousands of campus commencement addresses against war, hegemony, sexism, racism, and patriarchal assholes like himself, or the fact that right now, in this current Vietnam-2 era (Iraq), the same thing is going on all over the U.S.; that commencement speakers are, just like Ms. Jong, addressing the issue of the coming needless deaths of many young people just like his own fool-spawn, who, if the oaf offspring is male, and even perhaps if it is female, may just end up coming home to him in a bodybag?

Shan't he feel disappointed about his investment having been spent in vain? He will have shelled out $4,308 per year in tuition in-state, or $8,908 out-of-state, which are the expenditure stats for parents of CSI students. See U.S. News & World Report at http://www.usnews.com/usnews/edu/college/directory/brief/drglance_29040_brief.php to verify how much Pop got hopped on by Oaf Jr. Ah, well, his little oaf will at least get a free burial care of Uncle Sam if it comes to that.

Jong, like any intellectual, was committed to the truth of what she had to say, and not to the idea of being liked by the audience. I know from experience as a lecturer, teacher, and performing artist that there's a world of difference between sitting in a dark room hunched over a computer keyboard eking out rants, opinions, and spiteful comments as a weblogger and standing in front of a live audience all focused on your physical self ("How do you feel about critics who don't like your creative choices?" Jazz saxophonist Branford Marsallis was asked by a documentary interviewer. "I don't care," he responded. "See, I'm a Jazz musician. I know what it's like to walk out onto a stage and play some stuff that people don't want to hear, but I play it anyway, because it's what I have to say.") Erica Jong's calm and determination to continue despite the audience's derision and detachment was not unlike a good Jazz musician, a fine chef, a faithful revolutionary, or, oh, I dunno, an intellectual during the rise of Fascism in Germany after the end of the Weimar Republik (if the lederhosen fit, Amerika's fresh young graduates so eager to be off to the patriotik wars will wear them).

Jeez, I would say something about the irony of it all, but we live in the time of the aftermath of irony, don't we? Irony, like democracy, intellect, and civil society, are dead as doorknobs.

It's enough to make you fall into reminiscing about the era of the Clinton Presidency (Mike Malloy, of Air America Radio likes to refer to Clinton as “the best Republican President we ever had”). I have been calling the era of Clinton "The Interregnum".

An interregnum is often a period of relative calm, civility, and/or artistic and social freedom just after the decline of a highly organized, sophisticated republic and just before the rise of an empire, a tyrant, or a totalitarian monarchy (for example, ancient Athens after the decline of the 500's, BCE, Pythagorean and democratic republic and just before the rise of the Thirty Tyrants and the martyrdom of Socrates).

God help us all.
Posted by Rayfield A. Waller at 11:42 AM No comments: Links to this post