The Media Attack on Rapper, Common is the Latest Right Wing Republican Sophistry 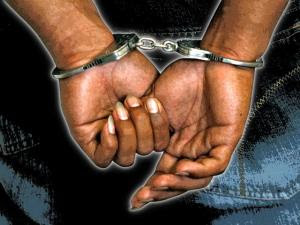 The occasion of Common having been denigrated and dehumanized in the national media following his appearance in performance at the White House makes for a perfect cultural moment for us all to have a national discussion about the insidious myth of Black men as killers and Black women as sexual threats. Rap music in particular is misre...presented in the national media as if it were a a de facto conduit for discursive terrorism, violence, and mayhem rather than as a legitimate American art form.

My generation invented Rap. It was a music of revolutionary consciousness (Public Enemy, Disposable Heroes of Hypocrisy, Boogie Down Productions, Rage Against The Machine, Eric B. and Rakim, Queen Latifah, etc.) The corporate takeover of Rap was intended not only to batardize the music in order to channel massive profits into the corporate recording industry, but also to deaden Black consciousness that had been so sharp and alive in the 1980's. By 1997 a corporate invention masquerading as an invention of street culture, called 'gangsta' rap, had replaced organic, conscious hip hop culture in the mass media. The next phase in the destruction was the Black bourgeois form known as 'new jack', which was quickly followed by the current, insipidly shallow drivel of 'urban R&B (represented by current brain dead sellouts such as P Diddy, Jay Z, Beonce, and Chris Brown) Bling, greed, misogyny, and capitalist excess has replced the power and political consciousness of Public Enemy.

Young Black men of course, are merely victims in all this, yet are being specifically targeted and portrayed in national narratives as criminals. Various right wing kooks, racists, demagogs (such as Sara Palin and Rush Limbaugh) and Christo fascists (hateful ghouls who call themselves 'Christians,' like Mike Huckabee) rushed to denounce President Obama for having invited to perform at the White House a man who is a rapper/poet and whose raps focus on art, history, and political reality rather than on selling vodka. However, the Right Wing has noted that his body of work includes an unapologetic tribute to African American woman, revolutionary-in-exile, Assata Shakur. Shakur has lived in Cuba since 1986, having been granted asylum by the Castro government as a victim of the infamous FBI 'Cointelpro' persecutions of American Black leaders, artists, intellectuals, and revolutionaries.


Young Black men are being aggressively figured as 'thugs' by American media for several tellingly ugly reasons: 1/ it is lucrative, and brings monetary rewards for every celebrity who gets off the TMZ boat to denigrate Black men; 2/ demonizing Black youth is a tactic for changing the subject from ruling class America's grotesque social, political, and military violence against the poor, women, children, and the colored people of the Earth by offering Black youths as the source of violence in America, and, 3/ just as Reverend Wright served as a stick to beat President Obama with, and as every presidential election since 1990 has featured the public lynching of Black hiphop artists (remember Sistah Soljuh?) as a means to associate progressives with 'evil Blackness', Common is now being used by the right wing Republican Party and its operatives to whip up fear, hated, and racist panic in order to weaken Obama and any national progressives who stand with Obama.

An honest discussion of this ugly state of affairs ought to begin with at least this one truism: that black youths, even the rich and famous .02 percent in the entertainment industry, own no nuclear weapons, have not ordered the invasion of any third world countries, did not plan the U.S. policy of torture of Arabs and Muslims, do not control the distribution of illegal drugs in America, do not import Russian and Israeli guns into the urban centers, own no appreciable percentage of land, natural resources, or wall street wealth, and do not even control the distribution of rap music! Yet, Black youths, young Black men specifically, are viciously scapegoated by mass media, film, so-called 'news' narratives, and by every two-bit hypocritical national politician and greedy celebrity who wants to gain attention, sell a book, or purify their own dirty past by riding on the backs of Black people and whipping the same Black culture they are profitting off of.

There should be an open debate on these broader issues related to 'hip hop' culture, 'rap' music, America, and cultural truth. But will that discussion be had? I doubt, I doubt, I sure do seriously doubt. America likes truth even less than it likes innocence. And the daily dehumanization of those who are innocent of the crimes of America, the youth, is a testament to how little innocence counts in this corrupt renegade state, the U.S.A. Common is not only innocent of the charge that he advocates 'cop killing' by having supported Assata Shakur in a song, he is in fact worthy of being hailed as a Black man with followers among the youth who has a historical consciousness and love for his people.

All in all, the ruling class would rather see Common rapping in Disney World commercials, like a good slave.
Posted by Rayfield A. Waller at 10:23 PM 1 comment: Links to this post